Riddling boards and sparkling discoveries – a visit to Schlumberger 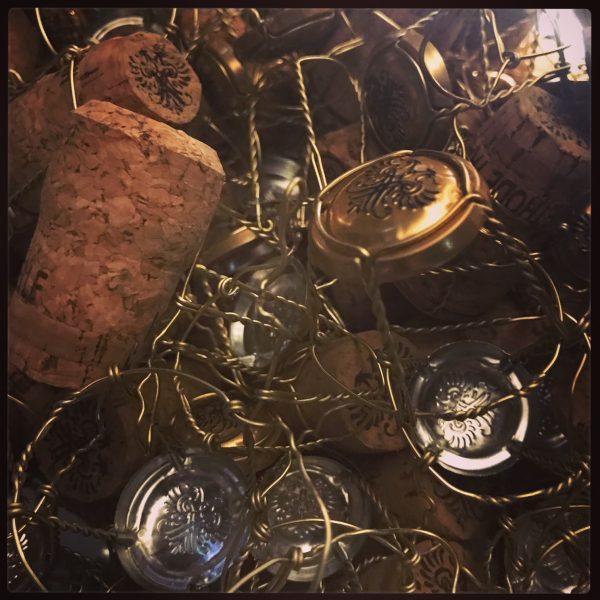 Just before the Christmas holidays and New Year’s Eve I am contemplating the appropriate drinks – in Vienna one automatically thinks of the brand Schlumberger – which celebrated its 175th birthday this year.
As always, I consult the reliable WIEN PRODUCTS city map and set off for the 19th district – my destination is Heiligenstädterstraße 41-43.

I have an appointment with Markus Graser, who knows all about sparkling wines and guides me through the Schlumberger cellar world. I am not the only visitor this afternoon – dozens of people are gathering at reception for a cellar tour. These aren’t tourists though; they are Viennese who want to learn how Schlumberger sparkling wine is made. 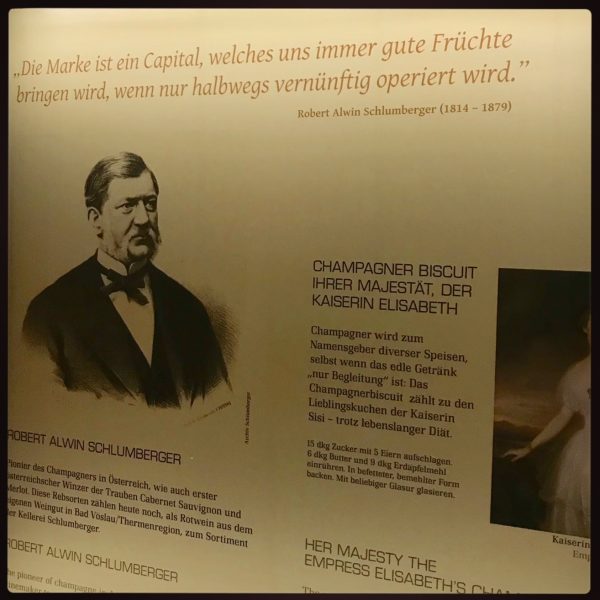 Production of Schlumberger sparkling wine starts in Lower Austria, Bad Vöslau to be exact, where the story of the company began in 1842 with Robert Alwin Schlumberger. Born in Stuttgart, Mr. Schlumberger learned the craft of making champagne in Reims at the Ruinart Pére et Fils champagne house. He later became cellar master and head of production after which fell in love with a Viennese woman on a boat trip on the Rhine. 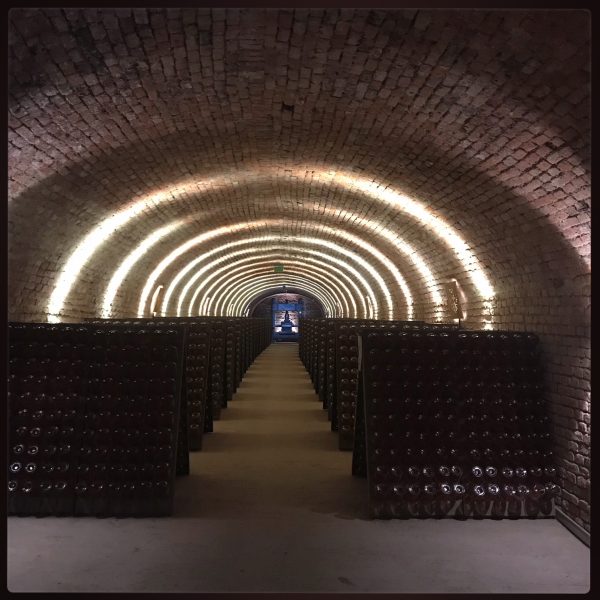 He followed her on the Danube and founded the first champagne production here. His wines quickly captured the attention of high society – emperors and nobility loved the sparkling delights, which promptly made him a supplier to the emperors and royals. Today the products can no longer be called champagnes – the designation of origin is only used for drinks from the French province of Champagne.
Alone the phrase “Méthode Traditionnelle” tells us that Schlumberger sparkling wines are fine beverages that require a great deal of work and personal attention before we can enjoy them. 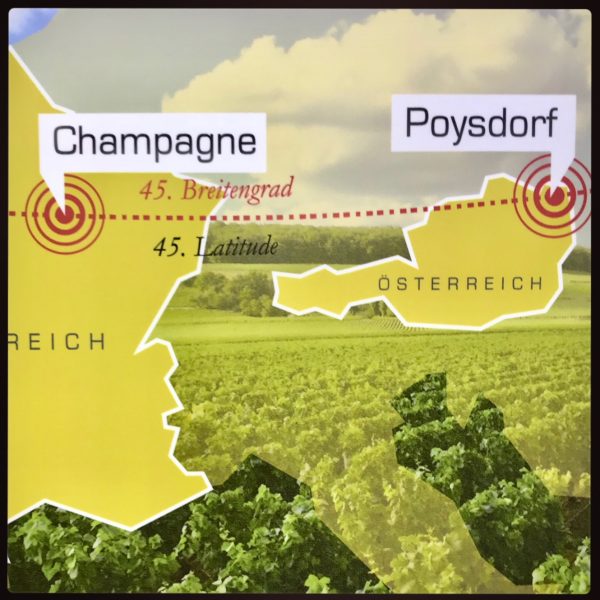 I am curious where the wines come from that form the base wines. Markus Graser explains that they are very careful to only work with Austrian wines from contracted winemakers. Since production takes place in Bad Vöslau, I guess they are from the nearby Thermenregion vineyards – but I am wrong. Most of the grapes come from the Poysdorf Region in Austria’s Weinviertel – located at the same latitude as Champagne, France.
Here in the cellars in Heiligenstadt the Cuvées, which rest on yeast lees for 12 to 18 months at Schlumberger, get their finishing touch. 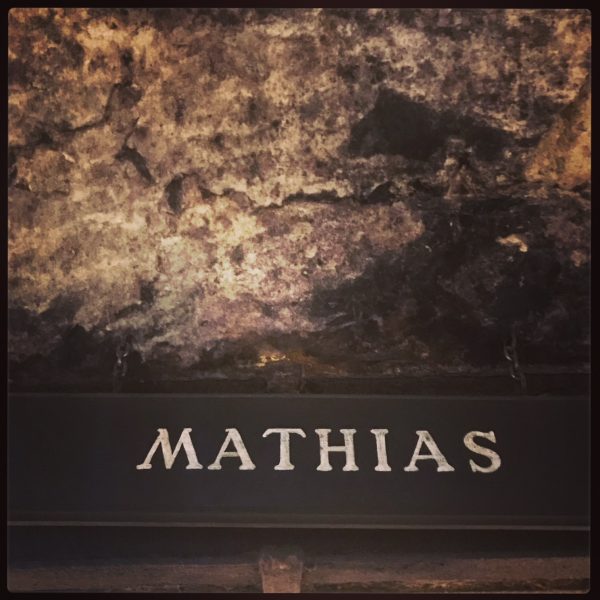 We walk through the long vaulted cellars that bear the names of the 12 apostles – past countless riddling racks full of bottles now storing Rosé waiting for its final maturity. This takes 6-12 weeks and is regularly interrupted by manual riddling. To do this the cellar masters each remove two bottles sealed with crown caps from the 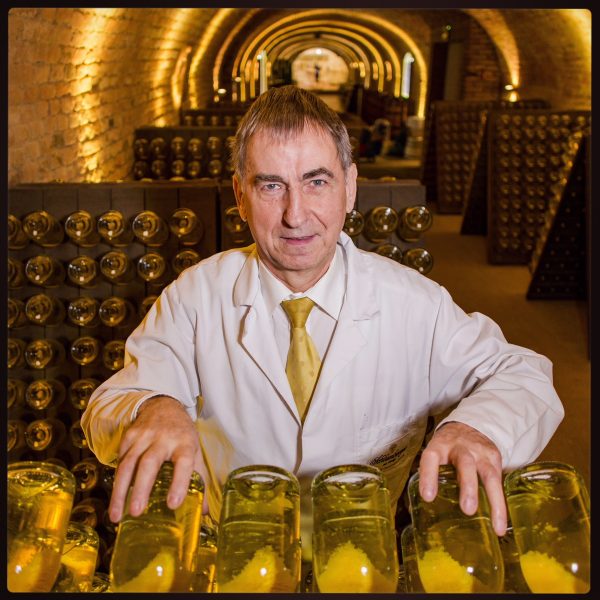 rack, gently shake them and rotate each one 1/8 of a turn, then store them at a sharper angle on the riddling rack. This is called remuage – the terminology still has a strong French influence. In the process, the yeast added with the liqueur de tirage for fermentation gradually sinks into the neck of the bottle forming a yeast plug. By the way – not every bottle can be used for sparkling wine – the walls of the bottles have to be thicker than for wine and there is a punt on the base so that the roughly 6 bars of pressure don’t burst the bottle. 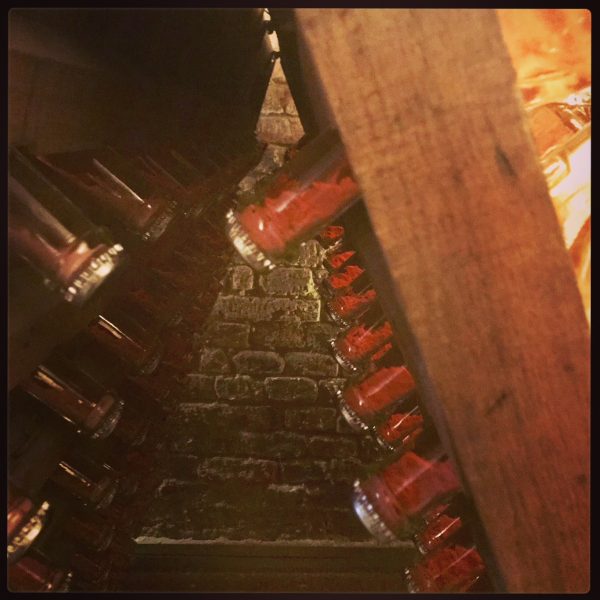 In the next step – disgorgement – the neck of the bottle with the yeast plug is frozen by submerging it in a cold bath, and the upside down bottle is opened by removing the crown cork. The small yeast plug is completely pushed out and takes all the yeast out of the bottle with it. The sparkling wine that remains is visibly clear, receives the dosage that determines the final flavor, and is closed with a natural cork and an agrafe.

More than 3 years pass at Schlumberger from the beginning of production to the final product – a long time during which the specialists are constantly trying to achieve the best quality. 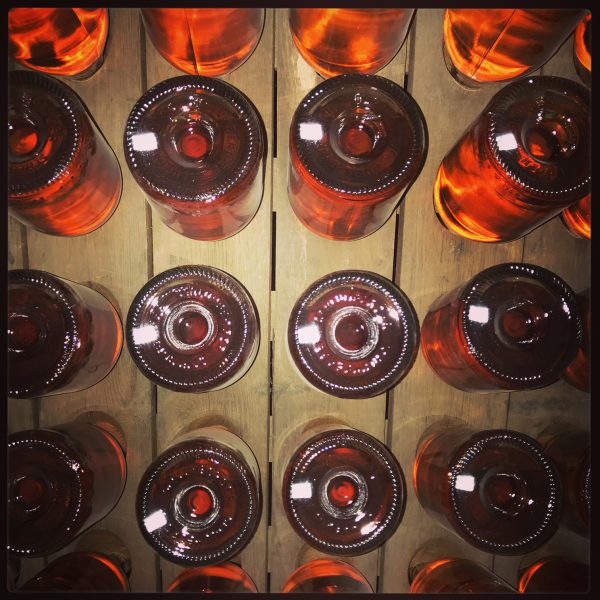 For example, at Schlumberger they grow their own yeast; they develop new kinds and focus on high quality. Robert Alwin Schlumberger was a pioneer in many areas – for instance, he was the first to cultivate the French red wine grape varieties Cabernet Sauvignon and Merlot in Austria. An old wooden press from those days sits majestically in the cellar world – this was the wooden press used to carefully press Merlot grapes and the extracted white grape juice was later used for Blanc de Noir – a variety that is still made today at Schlumberger. 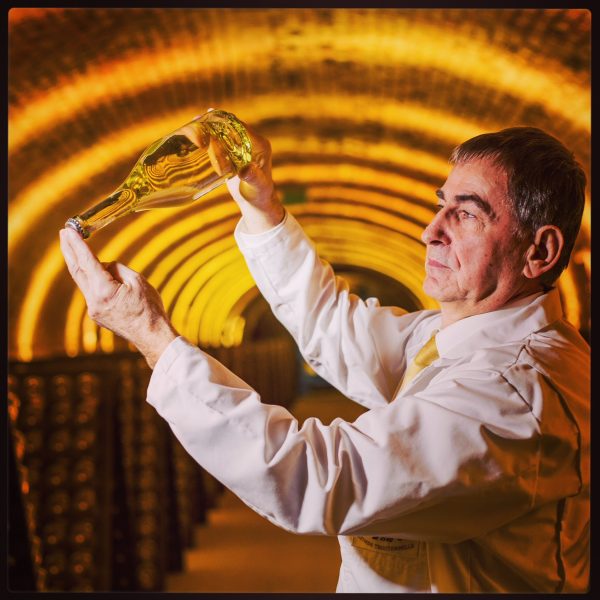 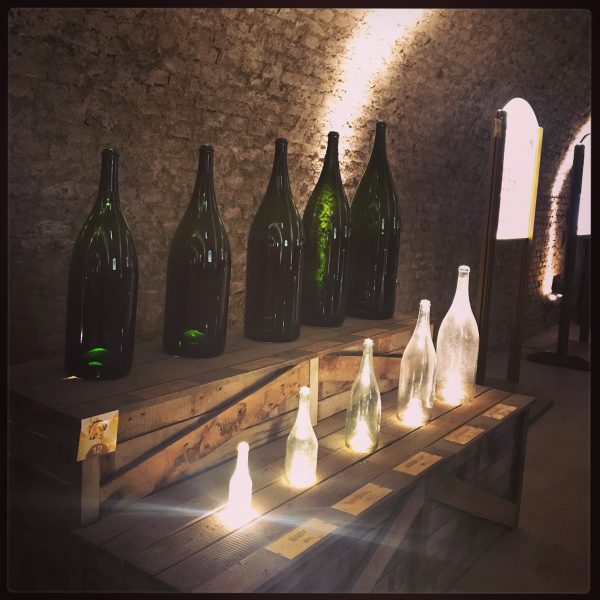 The fact that you can buy these sparkling delights at a great price pleases connoisseurs – in blind taste tests Schlumberger sparkling wines always do extremely well.

Not only am I impressed by all the information, I also really love the flavor when I get to taste a Brut Nature after the tour. It is magnificent. Now I know what I’ll be drinking when I ring in the New Year. The outstanding quality of Schlumberger is absolutely worth the walk to the cellar world in Heiligenstadt.