Off to the MuseumsQuartier! 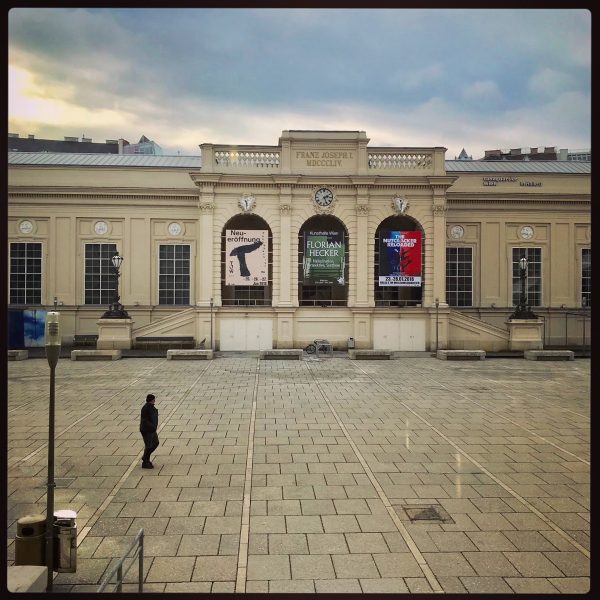 Visiting a place you think you know well is particularly exciting, such as the MQ – MuseumsQuartier Wien, for instance, where my current blog entry takes me. This time I don’t have to consult the WIEN PRODUCTS city map. You could park your car right in the underground garage, but getting there with public transport is better for the environment. The U2 subway line and the 48A bus line – to name two options – stop right nearby.

I have an appointment with Irene Preissler and Erwin Uhrmann, who are responsible for PR for Errichtungs- und BetriebsgmbH – the actual name of the company.

Everyone has his or her own personal idea of what the MQ actually is. We sit at a modern conference table in one of the three baroque suites right over the main entrance and I get an incredible view into the MuseumsQuartier. 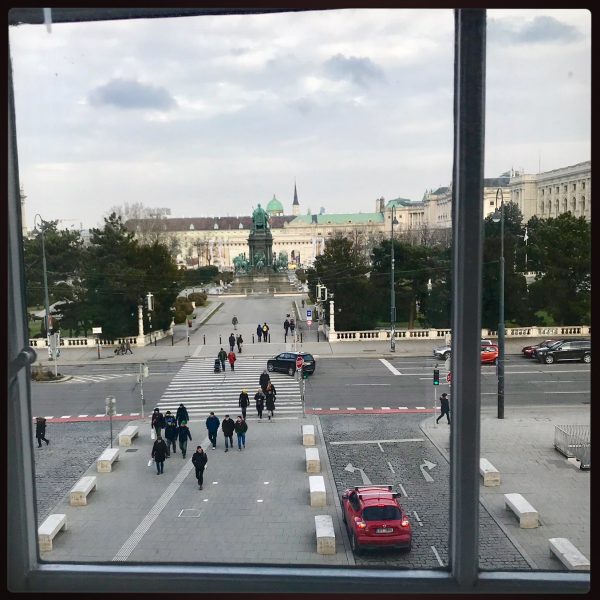 The 90,000 m2 of space is right in the middle of the city and was once supposed to become the boundary of the Kaiserforum, which is an impressive architectural complex with today’s Maria Theresien Platz, the two museums, and the Hofburg as counterparts. The centerline through the complex is straight as a pin and countless visitors stream along it per minute into the MuseumsQuartier. We watch all the people as I get a little historical background… 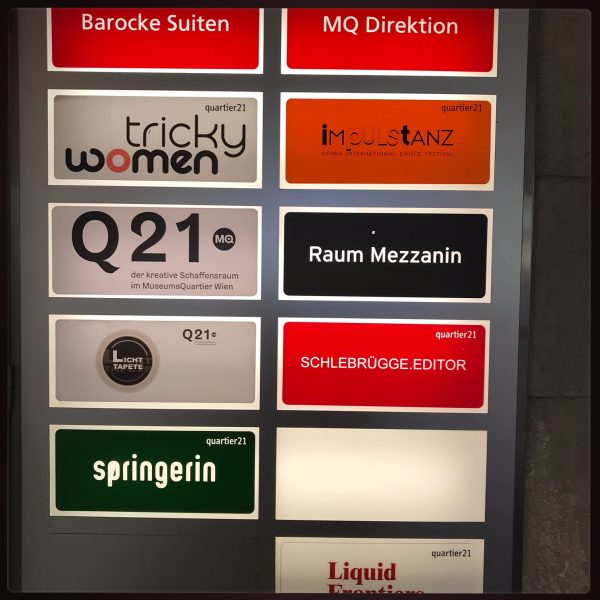 The area was built in the early 18th century – the main facade that Fischer von Erlach gave the former court stables still exists today and is, of course, protected as a historical monument. These were once the largest court stables in Europe with up to 600 horses kept here. Back then, the marshal of the court lived with his family in the three baroque suites – which these days can be rented for events – and the other employees also had apartments on the premises. There are still 40 apartments inside the MQ and yes – some of them are still housing the descendants of those stablemen who acquired the right of residence back then. I am speechless – I expected a lot, but apartments? My two conversation partners laugh and list off who else is located in the MQ. 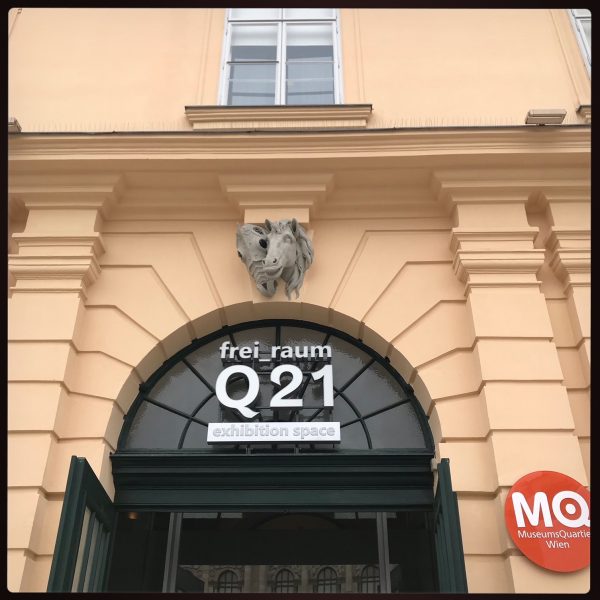 Most people know the MUMOK, the Kunsthalle, and the Leopold Museum – and even the AZ – the Architekturzentrum is familiar to many. Then there are a bunch of offices with Q21, where work is mainly done with and for arts and culture. Numerous interest groups are represented here; there are rooms that can be rented and ten restaurants and cafés offer a wide variety of culinary experiences. 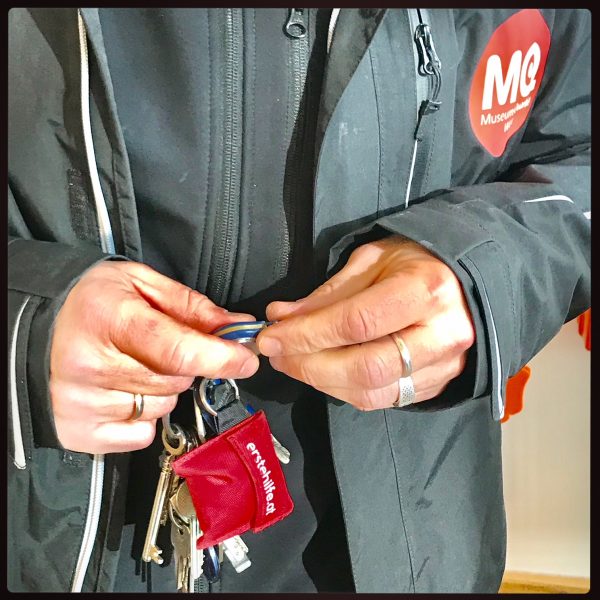 would like to know how they organize all of this and accommodate all the interests. Forty-five employees are responsible for making sure that the area is clean every day, all safety equipment is maintained, and entrances are open. I briefly got to meet the keeper of the keys; he knows every corner of the premises, the best way to get everywhere, and how every door is opened. An enormous responsibility – at this point more than 4 million visitors come each year. When the MQ opened in 2001 it was just one million – a lot has been done in the meantime. The MQ has become a city within the city. 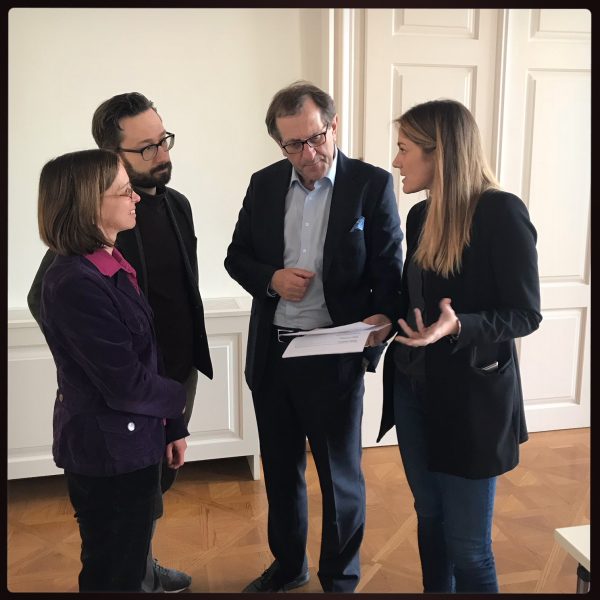 While we are talking, Dr. Strasser, the director of the MQ, and his second-in-command come in – something needs to be clarified. They quickly agree on a solution and I get the chance to ask the man in charge of the MQ how he would describe the MuseumsQuartier. He is very clear – we are using the historical legacy and developing something new. It is important to him that there are no commercial incentives; it should be a democratic space where everyone can spend time without having to consume anything.

That is a terrific idea in times like this. My conversation partners then mention all the offers for visitors. There are about 120 open-air events during the MQ summer from May to September that are free of charge. For example, the O-Töne Festival is the largest literature festival in Europe. The TanzQuartier is an important part of the cultural experience and many have shaken off their fear of such events here in the MQ.

Families with children enjoy the car-free area, the outdoor furniture is used by hundreds of visitors, and for some this is where their very own love story began. Marriage proposals are not uncommon, they tell me – even weddings take place here regularly, and then the couples come back with their children and show them where they spent time when they were young. 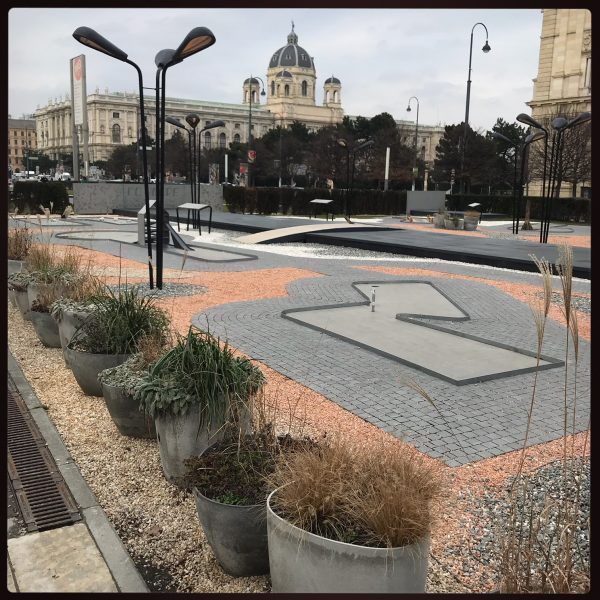 Statistically, the average visitor is 36-37 years old. He or she basks in the stillness in the middle of the city, can relax and be alone or meet people.
An interesting fact in the summer: while the heat often stands still in the city and the surrounding streets, inside the MQ there is always a slight breeze. This is thanks to the perfectly planned 18th century entrances – four of them allow the air to move through.
There is a sense of familial belonging among the institutions here – and this is confirmed for me – they are open and fair with each other and believe in the principle that they are “stronger together.” 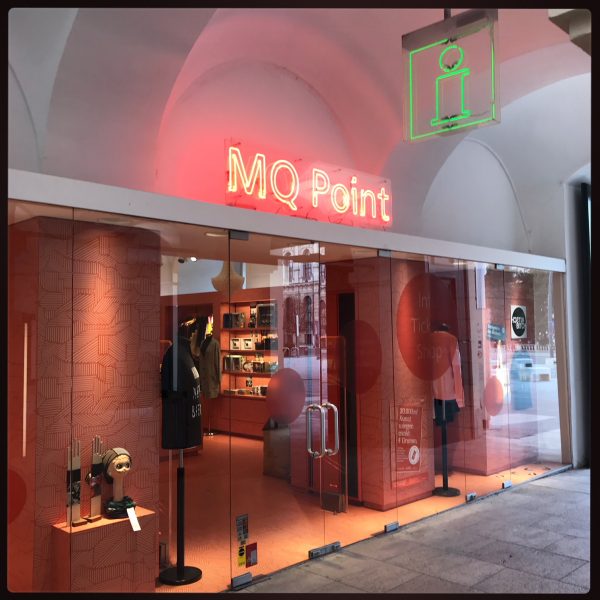 Impressed and inspired by the conversation, I say goodbye and pop into MQ Point, after which I admire the cool miniature golf course on the forecourt.

One thing is for sure – you can spend “quality time” in the MQ and it is definitely worth a walk to and in the MuseumsQuartier Wien.