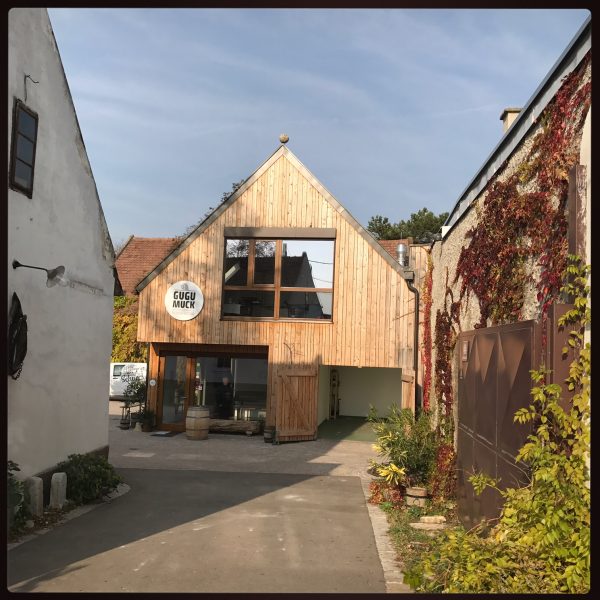 The Viennese aren’t the only ones talking about Gugumuck’s Wiener Schneckenmanufaktur.  I am curious how a snail farm like this works and look up the address on the WIEN PRODUCTS city map. Then I make my way to Rosiwalgasse 44 in the district Favoriten in Vienna. As I step out of the car, I already feel like I’m in the country – surrounded by meadows and fields, in the middle of which the snails flourish on Andreas Gugumuck’s farm. He welcomes me warmly and explains what it used to look like here at his ancestors’ farm, showing me many old photos. 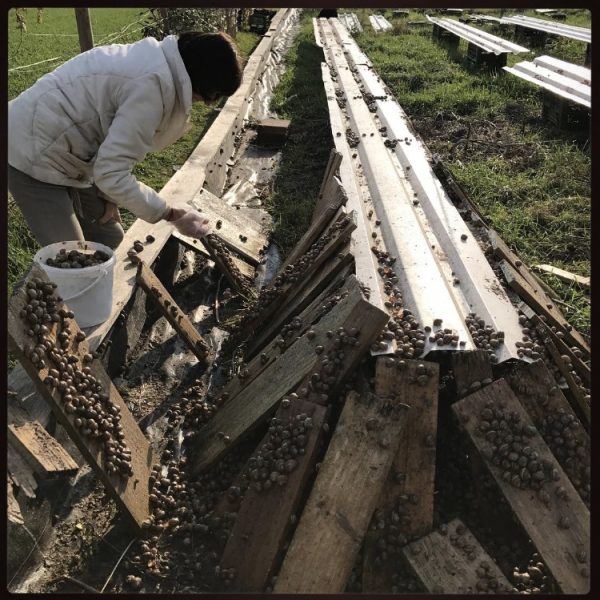 Afterwards, we leave the courtyard, cross Rosiwalgasse, and are standing in the middle of the Future Garden – a subject we’ll get back to later. We walk across a meadow; to the left, Uhudler grapes are growing – I get to taste an Isabella grape – a unique pleasure. Then we arrive at the snail farm. The last snails are now being “harvested” for this year. 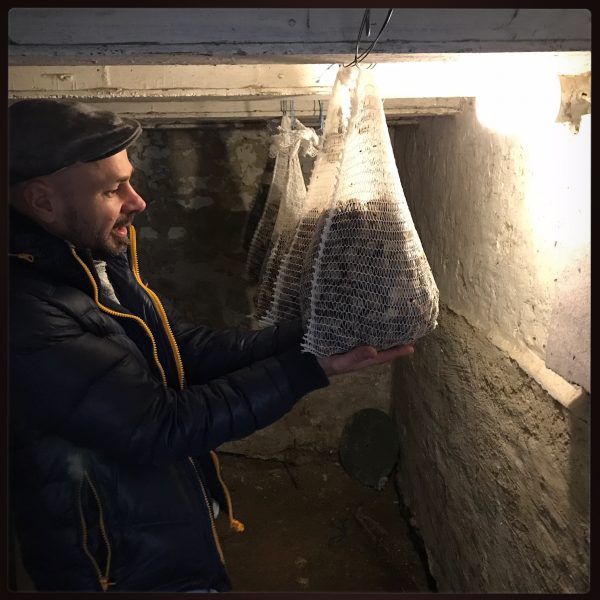 The large ones will meet their maker tomorrow on slaughtering day – the smaller ones are collected and sleep through the winter in the cellar at a consistent temperature, where sleeping nets hang from the ceiling. A new trial, Andreas Gugumuck tells me. In general, a pioneering spirit is key here; the team conducts a lot of research and trials. I am surprised that the snail farm where the delicate animals grow is relatively small and get an explanation. They grow one ton of meat per year on 2,000 m2 – without harming nature with animal waste fumes or the like; plus, it is the highest quality and considered a future food. 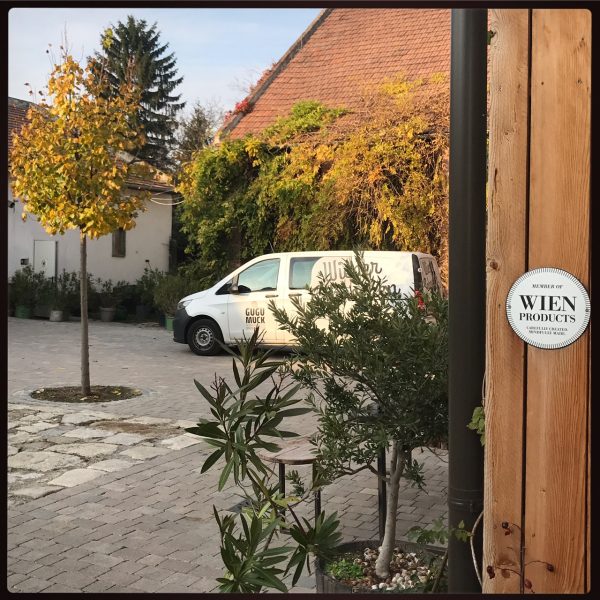 I am amazed and listen as he explains breeding and processing in detail. Snails as a food have a glorious history in Vienna that can be tapped into today. Meanwhile, the mollusks have become so popular that Andreas Gugumuck is planning a kind of tavern for the coming year that is being built in the garden. They also have their own wine now. The focus here is on the highest quality from Vienna and the nearby area. Partnerships are important at Gugumuck in an effort to promote artisanry, tradition, and innovation. This is how, for instance, a Gugumuck escargot plate was created with Vienna’s Augarten Porcelain Manufactory that even bears a special brand stamp. 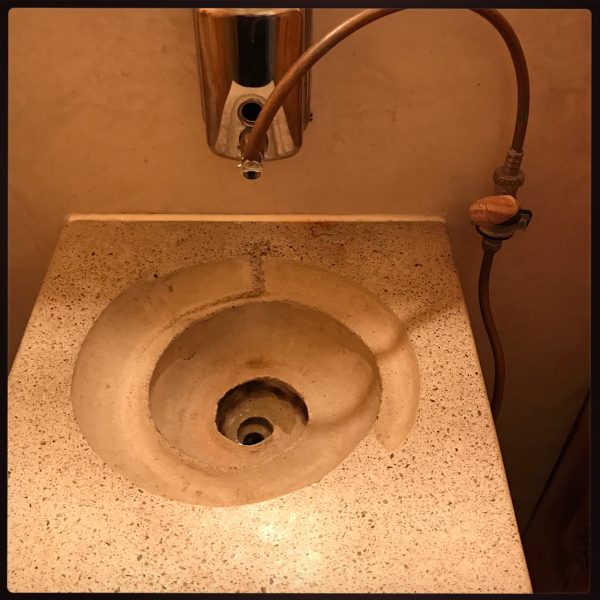 While we are talking, I see a steady stream of customers going into the Gugumuck shop. The snails seem to be very popular – the treats created by company chef Dominic Hayduk and later jarred and sold have a lot of fans. Twice a month there is an escargot meal – every course is an exciting creation with the special slow food. But you have to be quick – the 28 seats in the first floor restaurant are reserved months in advance.

The slow creature with its own house, which was also known as the “Viennese oyster,” has a long history in Viennese cuisine. 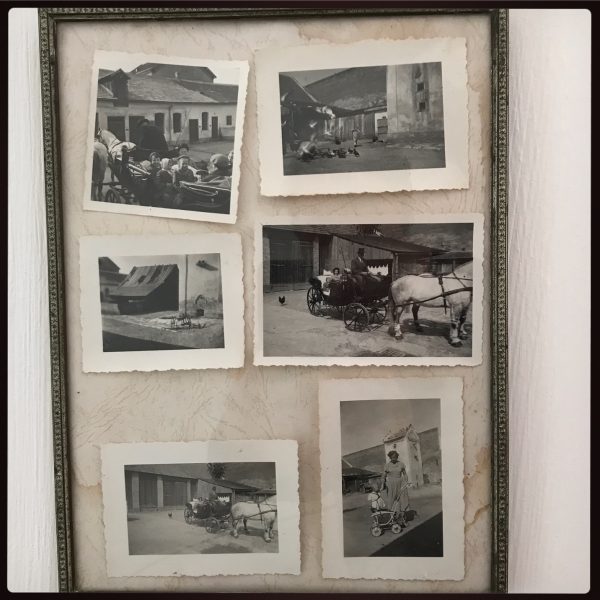 In the mid 19th century there was no question that cookbooks included recipes for snail dumplings, snail pâtés, larded snails, or even snail sausages. The Viennese supposedly preferred to eat them with horseradish or wine-fermented sauerkraut. Snail caviar was also a popular little delicacy: hard-boiled chicken eggs were cut in half, the yolk removed and replaced with a boiled snail, then covered with a spicy mixture of mashed yolk. 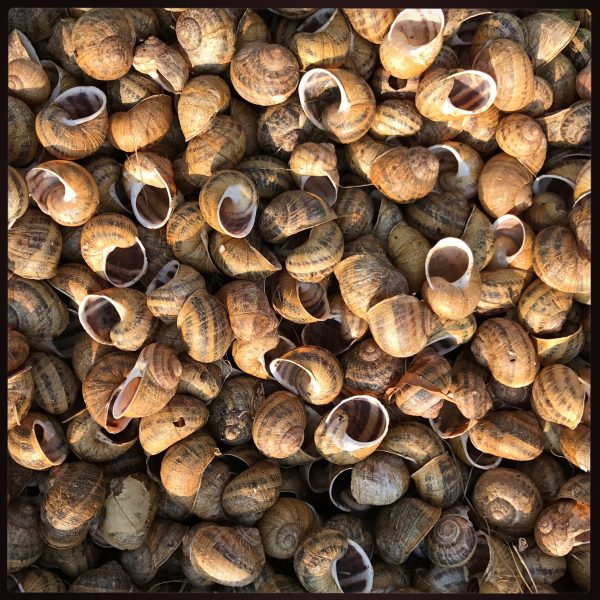 Speaking of snail eggs or snail pearls, as Gugumuck calls them – these are also harvested here and truly exquisite. Many epicureans at home and abroad swear by the Gugumuck snails – they are fed only organic food, preferably fresh vegetables grown at the farm, supplemented with grain and chalk. Snail meat has – and only a few people know this – twice as much protein as beef, but snails require 85% less feed than cows per kilogram of muscle meat when bred. 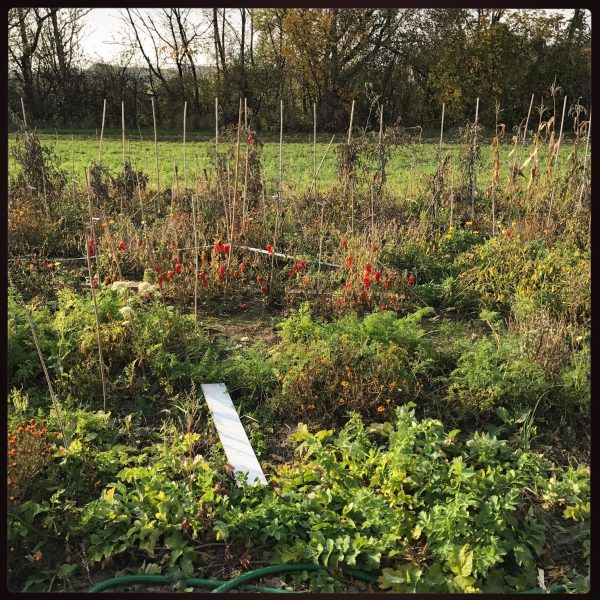 This all sounds pretty convincing – it is particularly interesting to think about foods of the future in an urban area like Vienna. Andreas Gugumuck is a pioneer in this field and cutting his own path, working with scientists to research specifics and develop projects like the Future Garden. Sustainability and conserving natural resources play a major role. The weekly tours of the snail farm offered in spring and summer are popular – the first seminar on breeding snails in September filled very quickly. 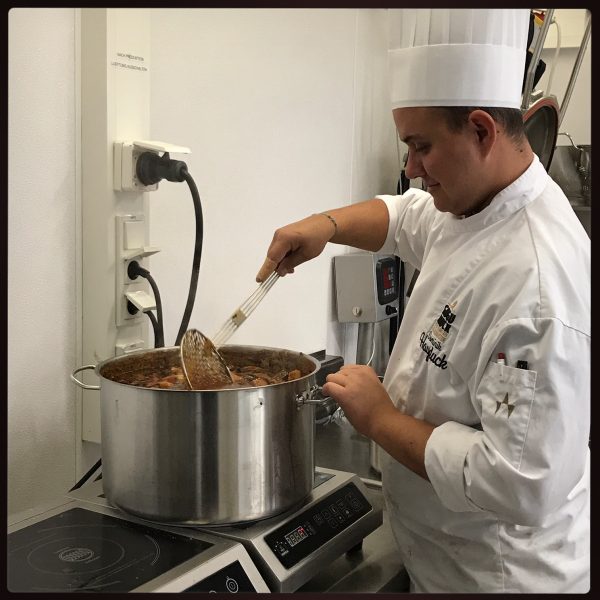 We go back to the courtyard and I get the chance to peek over Dominik Hayduk’s shoulder in the kitchen. The ambitious chef is preparing a snail gravy – it smells incredibly aromatic. Product development is a priority here – trying and discussing new things before they are sold. Many of the customers are restaurant owners who offer slow food, which lives up to its name across Austria – far beyond the snail festival in September or as a special Lenten meal.

As I bid farewell to Andreas Gugumuck and begin my journey home full of impressions, I am certain that the quality from Gugumuck’s snail farm is definitely worth the walk to Rosiwalgasse at any time of the year.