Tin as tin can

If you examine the WIEN PRODUCTS city map “Quality is a journey”, you come across the Chlada workshops on Kärntner Strasse, right in the middle of Vienna. The products are sold in the shop of Austrian workshops but I head to the Vienna Woods to visit the 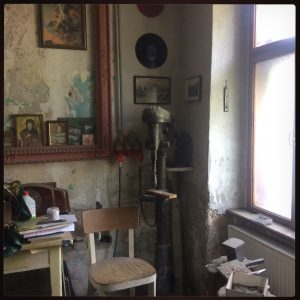 production facilities.
Kaltenleutgeben has been the place where Austria’s last tin foundry is located since 1960. Together with their mother, Robert and Roman Chlada run the business which processes tin. The pure element is melted by the Chladas with 2% copper and 2% antimony at more than 230°C to form a shiny, silvery mass, and is then cast in rotating molds.

But let’s start at the beginning. 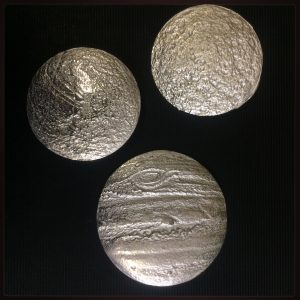 Tin is no longer a “real” term for most people. At antique dealers and flea markets you sometimes see old tin mugs or tin cutlery, the poor man’s silver. And then there’s the field marshal who organizes battles with hundreds of tin soldiers, at home in slippers on a Persian carpet.  However, in abbey shops and churches you find many devotional objects made of tin and, at Christmas, pendants of silvery tin are hung on the Christmas tree in some places.

Robert Chlada is a man with an unbelievably broad specialist knowledge who effortlessly combines natural sciences and languages, handicrafts, religion and art. He shows me the firm’s treasures. In addition to hundreds of rubber molds, he has old machinery and tools, many with more than 200 years of service u 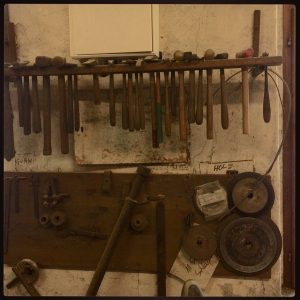 nder their belt. I’m interested in tin casting – until now, I’d only held tin solder in my hand as a child and secretly experimented with it in my father’s workshop.
I’m shown tin bars weighing 25 kg, which is the starting material melted in a furnace with small amounts of copper and antimony to form an alloy (the element not only has a sonorous name but it looks very beautiful). With practiced hand movements, Robert Chlada uses a scoop to remove the ash from the surface before starting work. Next to the green furnace is a sky-blue rotational molding machine in which round rubber molds are already turning. Through the casting head in the cover, Robert 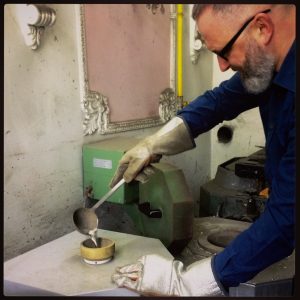 Chlada pours the tin alloy at over 230°C, but now we need to be patient for a few minutes.
What fascinates me is that the tin flows out of the ladle with almost no residue, which reminds me of mercury.
There is a smell of hot rubber. I want to know who actually makes the molds. Robert Chlada explains that they make them themselves. First a prototype is made and then the mold. The parts are all arranged in a circle around the filler hole and attached to it with casting channels. When you pour the hot tin alloy into the rotating mold in the machine, the liquid metal flows through the channels into the molds and solidifies. Praise be to centrifugal force. 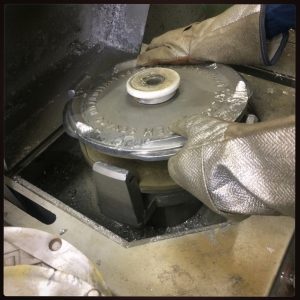 What exactly is cast? The range that the Chladas have is extensive. There are serviette rings, coasters, ornamental corks, writing desk accessories and devotional objects such as baptismal coins, angels and crosses, holy-water basins, lanterns and pendants.
Lots of the items have a traditional design, and many are reminiscent of art nouveau. Tin is a relatively soft metal, allowing the tiniest details to be well molded and worked. Gingko, stinging nettle, ivy and grasses are great templates for filigree jewelry. The people at Chlada are quite open to new ideas and like experimenting. The family secret of combining tin with glass remains a secret, of course. The coasters by designer chmara.rosinke, however, are no longer a secret – they’ve already been exhibited around the world and found their fans.

We chat excitedly about templates and ideas, and new items continue to collect in front of me. Brooches for the operas of Richard Strauss and Verdi provided ideas and chess pieces which are influenced by Suprematism in Russian art between 1915 and 1930. I’m amazed. This exceeds my expectations by far. And what happens if someone comes along with individual requests? Not a problem.

The Chladas practically have divine assistance. Besides theology, Robert Chlada 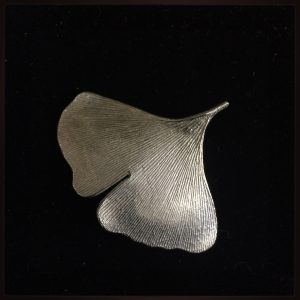 studied Russian and Chinese, and busied himself with alchemy. Brother Roman studied music and is responsible for modern technology and social media. They definitely live with tradition in the here and now. Tin and tin casting will hopefully have a long future. The next time I stroll through the city, a visit to the Austrian Workshops in Kärntner Strasse will definitely be on the agenda. There you can buy the entire range of products from the Chlada workshop.