From King Richard’s ransom to the Vienna Philharmonic – A visit to the Austrian Mint! 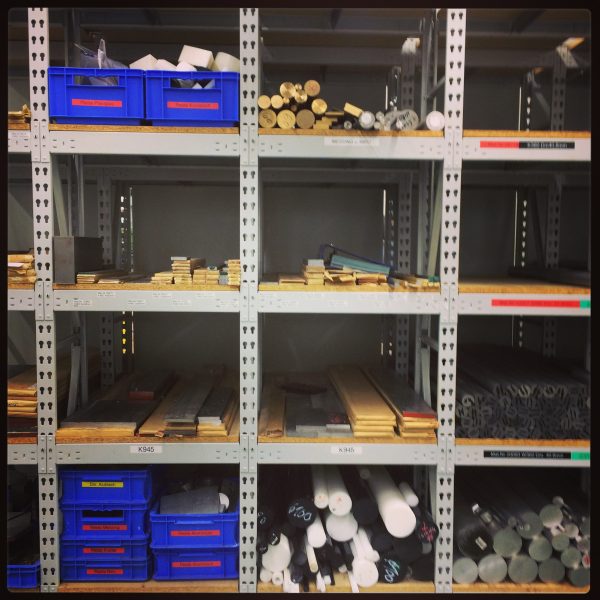 We all have products from the Austrian Mint in our hands every day – some of us spend them hand over fist, others collect them. I want to know how coins are made, so I consult the WIEN PRODUCTS city map and set off for Heumarkt, where Austria’s oldest company is located at number 1.

This business deals with valuable items, and security is accordingly high. I am very much looking forward to a tour of the building and production with Bernhard Urban–a renowned expert. Until now I had songs like Money by Pink Floyd or Scrooge McDuck’s Money Bin in mind when I thought about coins; I was very curious to see what awaited me here. 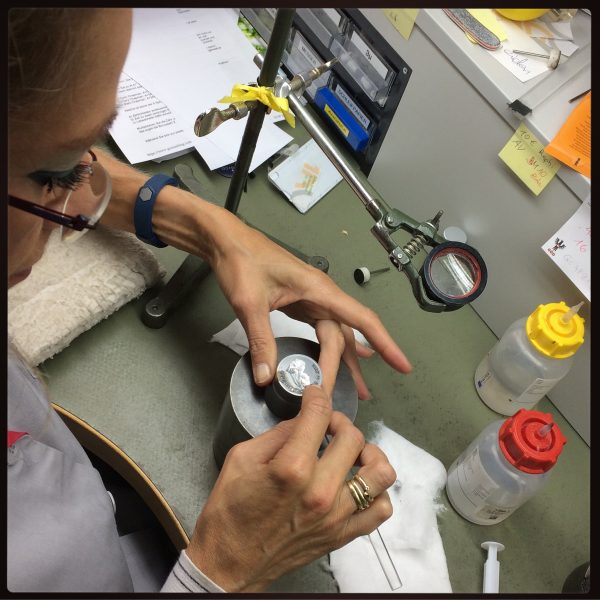 Even the founding story is great–it unfolds during the Crusades with an argument between Duke Leopold V. of Austria and England’s King Richard I.–they could not agree on who was braver when conquering the city of Acre… The dispute ended, as we know, with the imprisonment of Richard the Lionheart in Dürnstein. In the end he was freed after paying a high ransom, which Leopold V. split with German Emperor Henry VI. Leopold was able to use an amazing 11 tons of silver for various investments. The first Viennese mint was built around 1194, where the silver from the ransom was struck with a hammer and became the famous Wiener Pfennig. 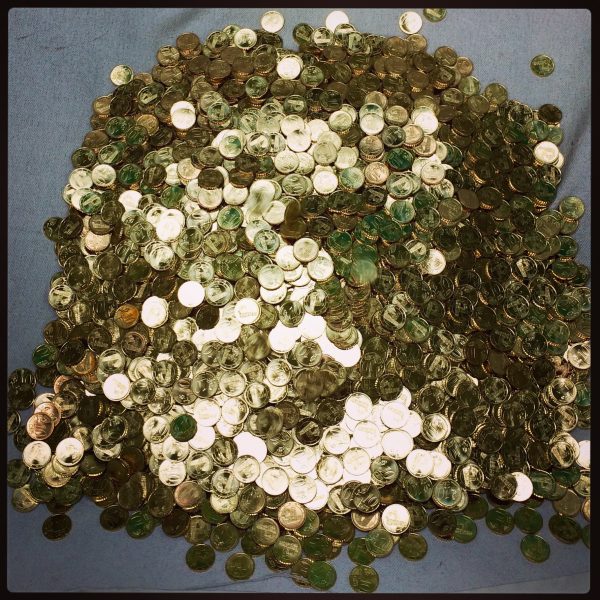 The days of the Wiener Pfennig are long over–you can’t use the Maria Theresa thaler to pay at the Naschmarkt anymore either–if you don’t whip out your ATM card to pay the bill, it is usually covered with euro and cent coins produced in the Austrian mint–along with paper money. This is, however, only part of what the mint does for Austria’s central bank, the Oesterreichische Nationalbank. Collector’s coins are also produced here with expert craftsmanship; one of them is the famous Vienna Philharmonic, which has become a big seller. 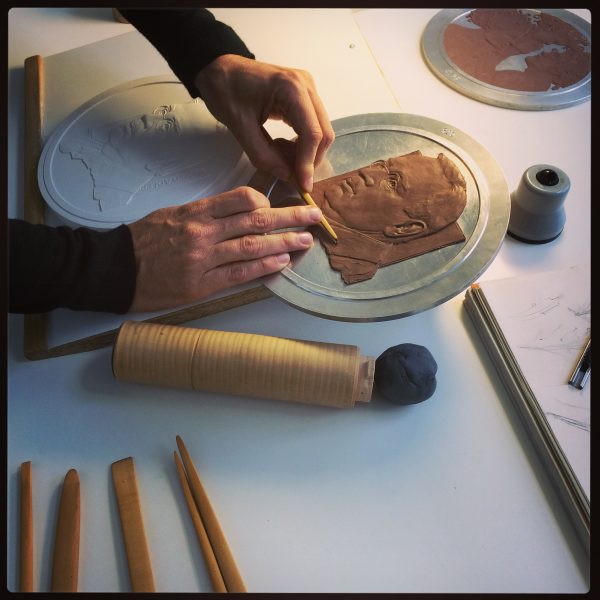 Many steps are necessary before a coin like this ends up with a collector–and it all starts in the engraving department with the coin designers. Four engravers sit in bright rooms with high ceilings and work quietly on their wax or plaster models. The procedure is complex, from the design on paper until the final plaster model is completed on a scale of 1:5. Positive and negative forms appear during casting, the details of which are then sculpted. Reliefs with a maximum image height of 1.5mm are created in a plaster mold with a diameter of 180mm. The composition and precision with which the work is carried out here is what then makes it possible for us to admire a relief coin in 3D. 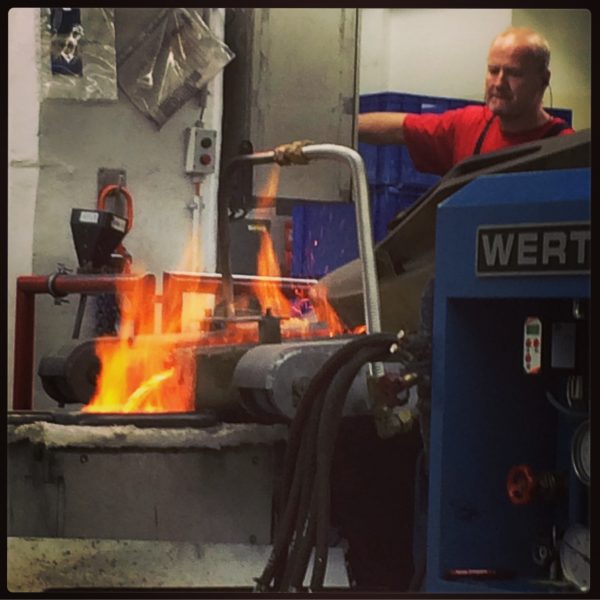 The construction of stamping dies is also done in house, relying on the company’s own high standards. Absolute precision is necessary here as well. After all, every thousandth of a millimeter counts when the stamping tools are made of steel. The blades for the milling tools are made by hand with a diameter of 0.1 mm. All employees are very careful here–whether with tools, dies, inspections or logistics, casting, or packing–the roughly 100 employees in production are clearly very passionate about their work. 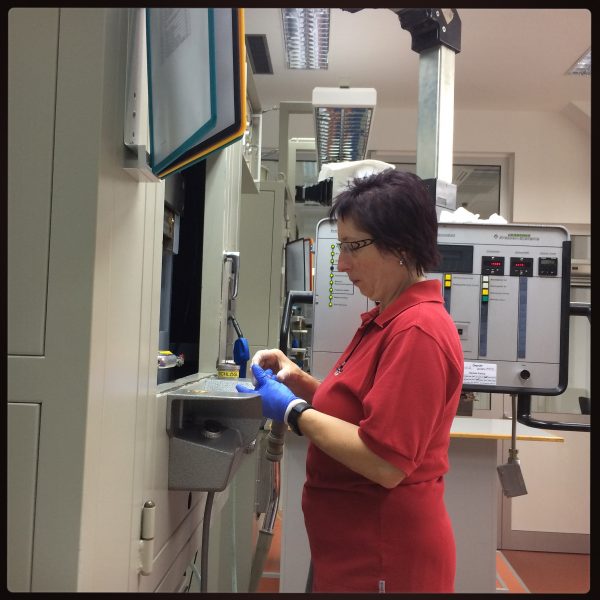 Regardless of which area we walk through, I have the impression that the employees know exactly what they are doing and can also explain it with conviction. This is how I learn the differences between an uncirculated coin, a special uncirculated, and the premier grading, proof, where the dies are cleaned by hand after each minting process. There are even new euro coin sets in these categories every year for collectors. Variety is important at the mint. Numerous special coins and medals are already being planned and developed for 2018 and beyond. About 6 months lead-time is necessary to ensure that the customer receives everything on time. 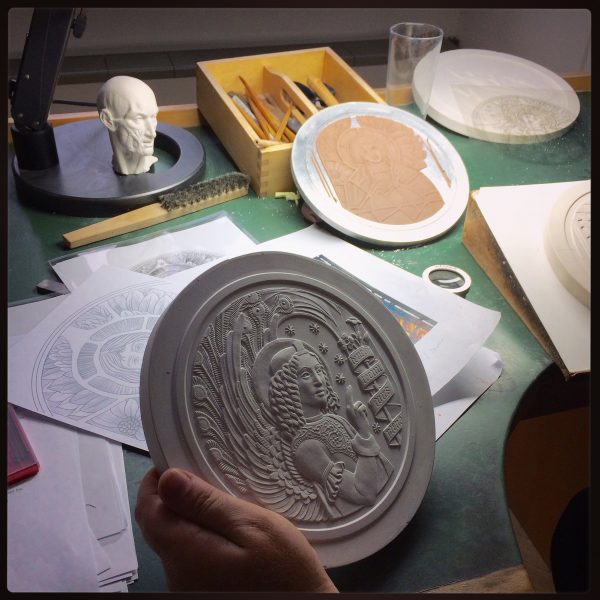 I would like to know who the mint’s customers are. In addition to B2B customers like banks and financial institutes, they are also private customers from around the world who have their own stampings and medals developed and produced. The Austrian Mint is considered one of the best mints worldwide with the highest quality and they are justifiably very proud of this.

After the minting hall for special coins we stop into the foundry where around 700 tons of gold and silver is cast and pressed into endless spools each year from which the blanks are punched. These are later stamped with the images. 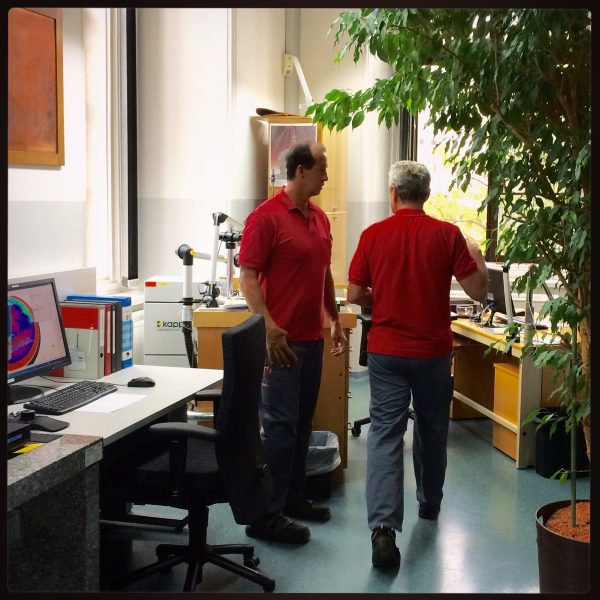 At the end, when we are standing in the ultra modern and largely automated minting area for euro coins, I do actually feel like I’m in Scrooge McDuck’s Money Bin–750 coins fall into large metal bins per minute with a rhythmic chinking. They are then rolled and packaged.

Our tour ends where it began, on the first floor behind the classical facade, where the history of the mint is presented with exciting highlights. Here we also see bustling activity outside the courtyard windows.  Beehives have been placed in the roof garden and are cared for by a former employee. The busy bees are producing another kind of liquid gold–Vienna honey. 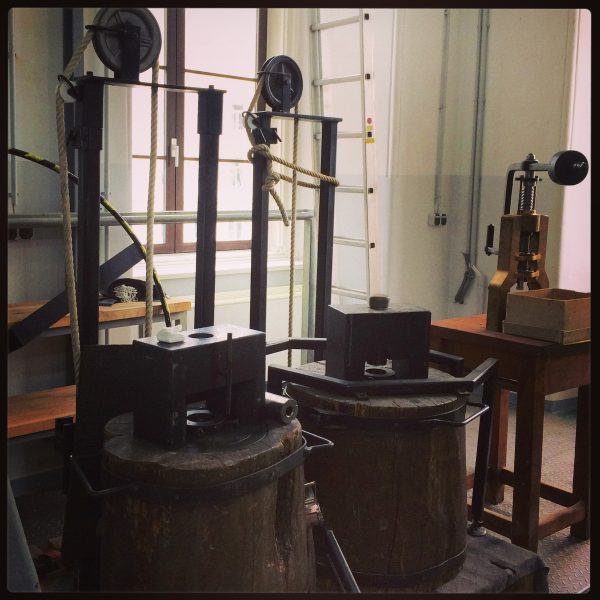 I leave the building and return my visitor’s ID to the porter. As I drive away, the Vienna Philharmonic is playing on the radio.  A perfect finale.

The next time I have a few euros in my hand I will think about where and how they are created. The shop in the Austrian Mint on Heumarkt is definitely worth the walk.